In August, 2022, TBFN acquired an 80 acre (32 ha) parcel at the north eastern limit of Thunder Bay, the bay between the city and Sleeping Giant Provincial Park. Appropriately, we called the new property “Bay’s End”. Other nearby conservation lands include Sleeping Giant Provincial Park and Caribou Island Reserve, owned by Nature Conservancy of Canada.

This reserve includes almost a kilometre of undeveloped frontage on Lake Superior, just east of the mouth of Blende River. It is a roadless parcel of mature second growth forest, shoreline wetlands, and a long sand beach.  There are no manmade structures, roads or trails on the property.  This stretch of shoreline is one of the last remaining natural pieces of any size between the City of Thunder Bay and the Sibley Peninsula.

The property borders a very shallow sandy bay that sees heavy wind and wave action. Sand and sediment from Blende River have been deposited here over the years. Two thirds of the shoreline is sand beach with a backdrop of alder and willows.  The back shore has a series of marshy pools between the beach and the forest behind. This shoreline wetland, uncommon on Lake Superior, is vegetated with cattails, rushes and sedges, providing important habitat for resident wetland birds and also for migrants following the shoreline.  Ospreys, Kingfishers, Bald Eagles, Gulls and Cormorants cruise the shoreline, fishing in the shallow water.  Two unusual plants, an orchid called Auricled Twayblade (Ranked S3), and Scabrous Black Sedge (Ranked S2-S3) were discovered on the property this summer.

The property is open to visitors but requires a boat for access. The bay is so shallow that motor boats usually stop offshore and drop anchor. Visitors can then wade ashore.  Canoes and kayaks can land on the beach if it is not too wavy. The beach area is popular with local families.  On calm days the shallow water is much warmer than most of Lake Superior and the firm sandy bottom makes for good swimming for small children. Family picnics at the shore are popular when the weather is fine.

On the southern third of the property the beach peters out and is replaced by a rocky shoreline along a forested point.  Boats can come close to shore here, but landing can be difficult due to waves and large boulders. 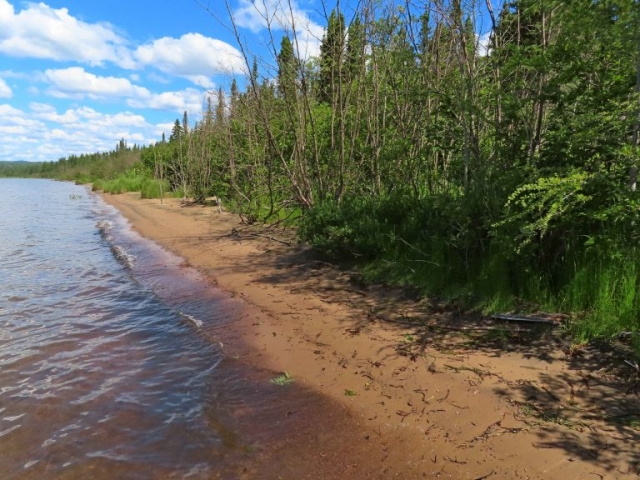 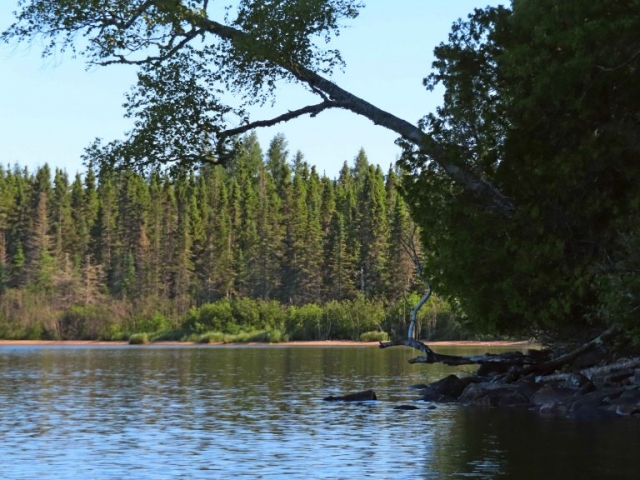 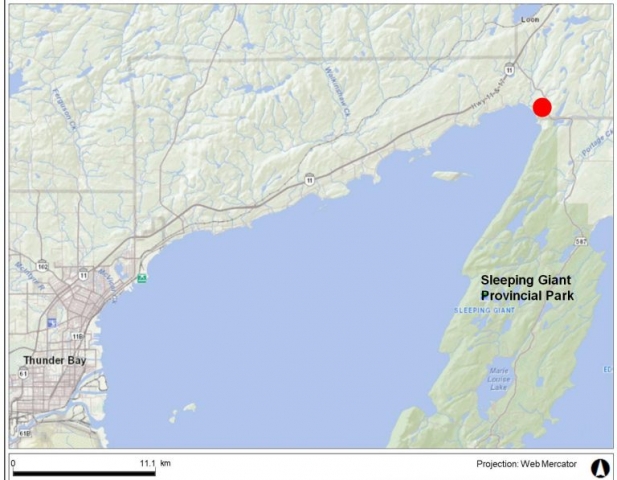 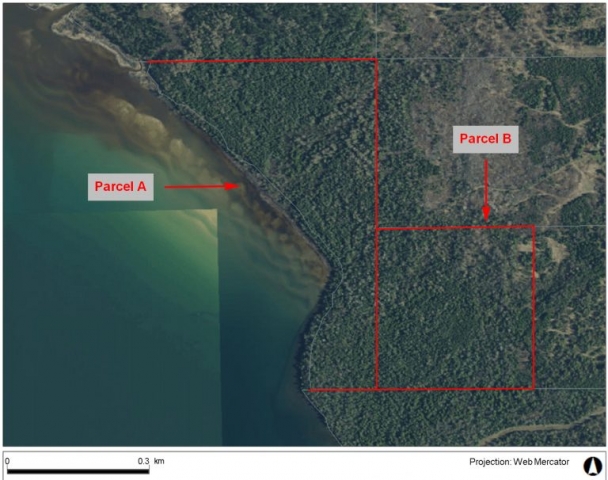